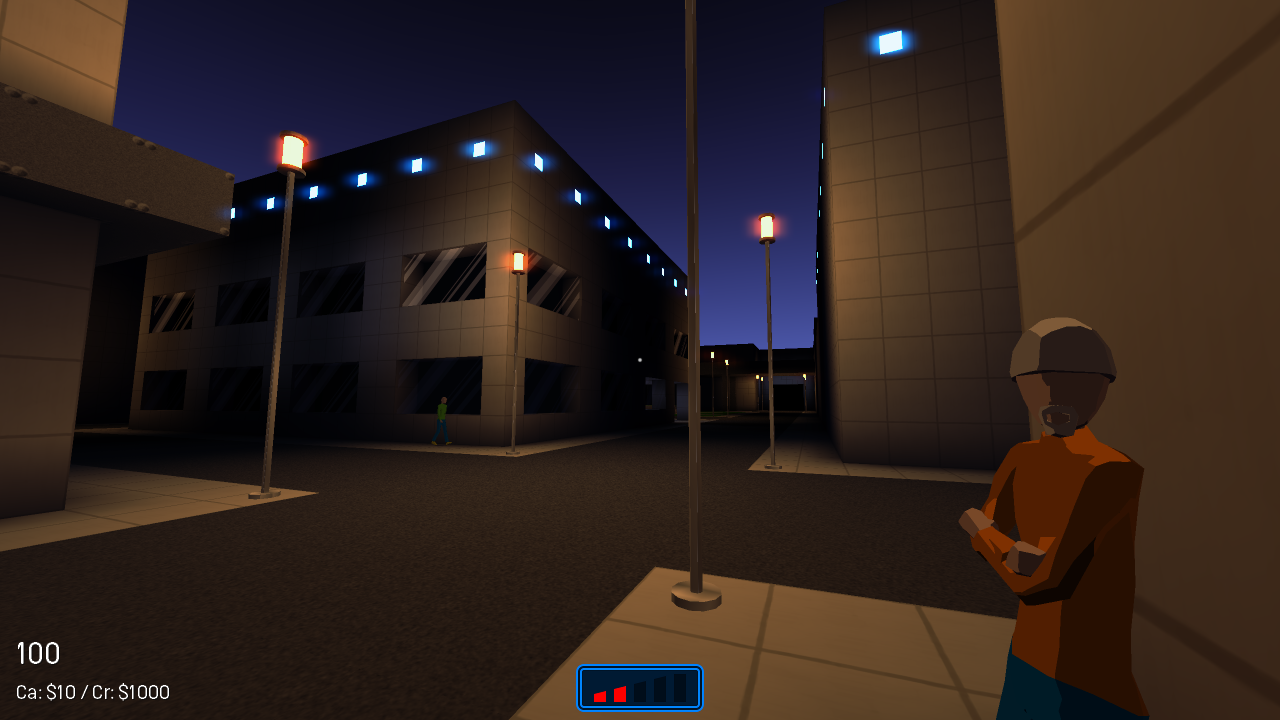 One reason I wanted to create a vertical slice for Die Augen der Welt is to discover how long it would take me to build three levels (and their respective assets) to a shippable state. With this data, I will be able to meaningfully evaluate the scope of the game. If I can build these three levels in five weeks, then I can reasonably estimate how long it will take to build another dozen or so levels.

Currently, I’m not filled with optimism about the schedule. With two weeks remaining in this milestone period, I still have one whole level left to build, a big pile of art and sound assets to create, and a few low priority systems that may not make the cut for this milestone. On the bright side, most of the work I’m doing this month will be reusable in later levels; and systems work in particular is taking a much bigger chunk of my time this milestone than it will in the future. 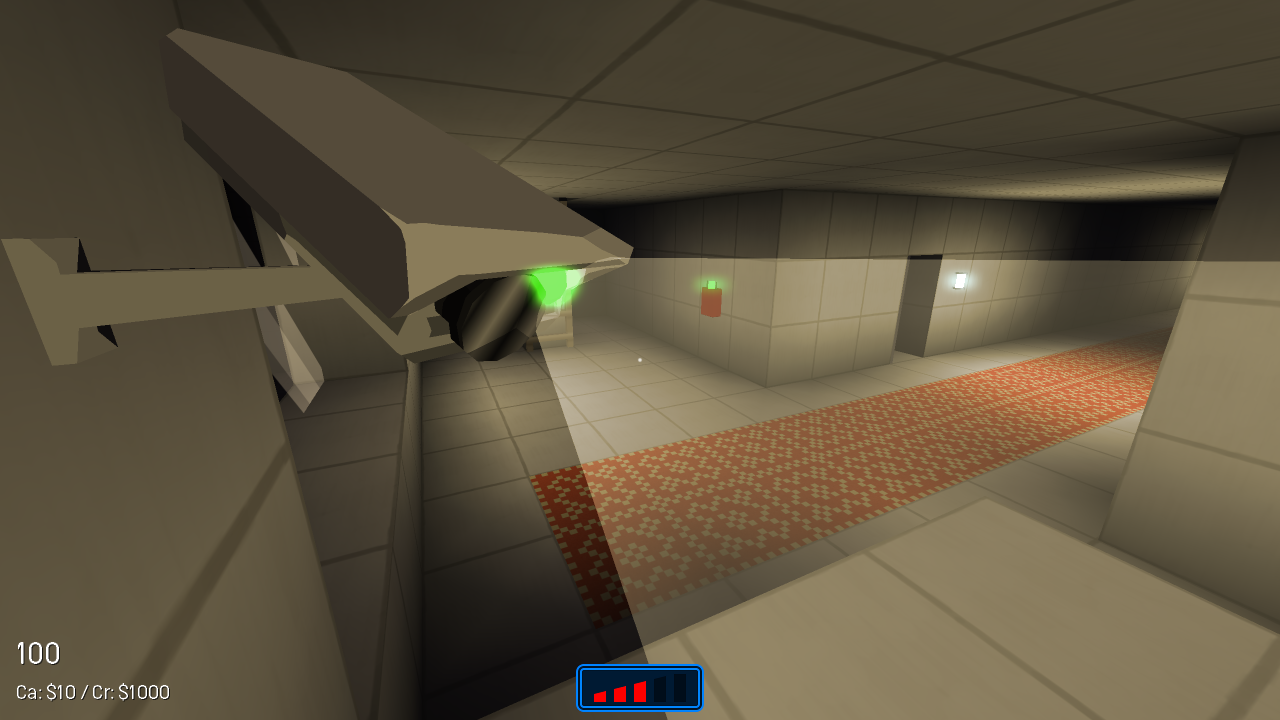 The biggest new feature I added this week is a security system, comprising a network of CCTV cameras linked to central alarm boxes. Each can be hacked. Hacking a camera disables it, but does not silence the alarm if the player has already been spotted. Alarm boxes will be difficult to access, placed behind locked doors or surrounded by guards; but the reward for hacking one is commensurate to the challenge: it silences the alarm and disables all cameras on its network. 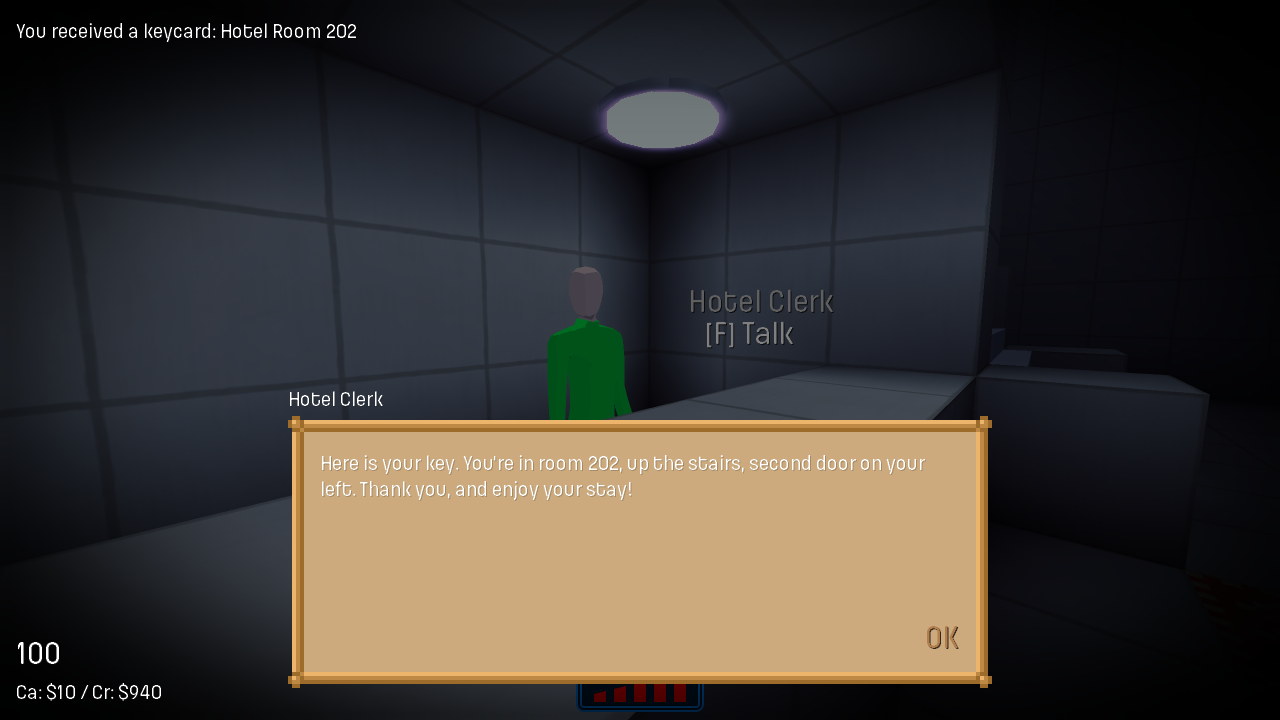 This week, I also began building out the first “social” level in Die Augen. These are small interstitial levels between the core stealth missions, where the player can recover her health, restock her inventory, and learn about the world from friendly NPCs and news terminals.

I started building the level with only a vague idea of its structure—not a best practice!—and have been figuring out a lot about the nature of social levels in real time. The worst thing these levels could be is a glorified menu screen for healing, shopping, and narrative. Instead, I’m beginning to think of them like the hub levels from any Deus Ex game: open spaces to explore, hidden nooks to discover, brief questlines to resolve.