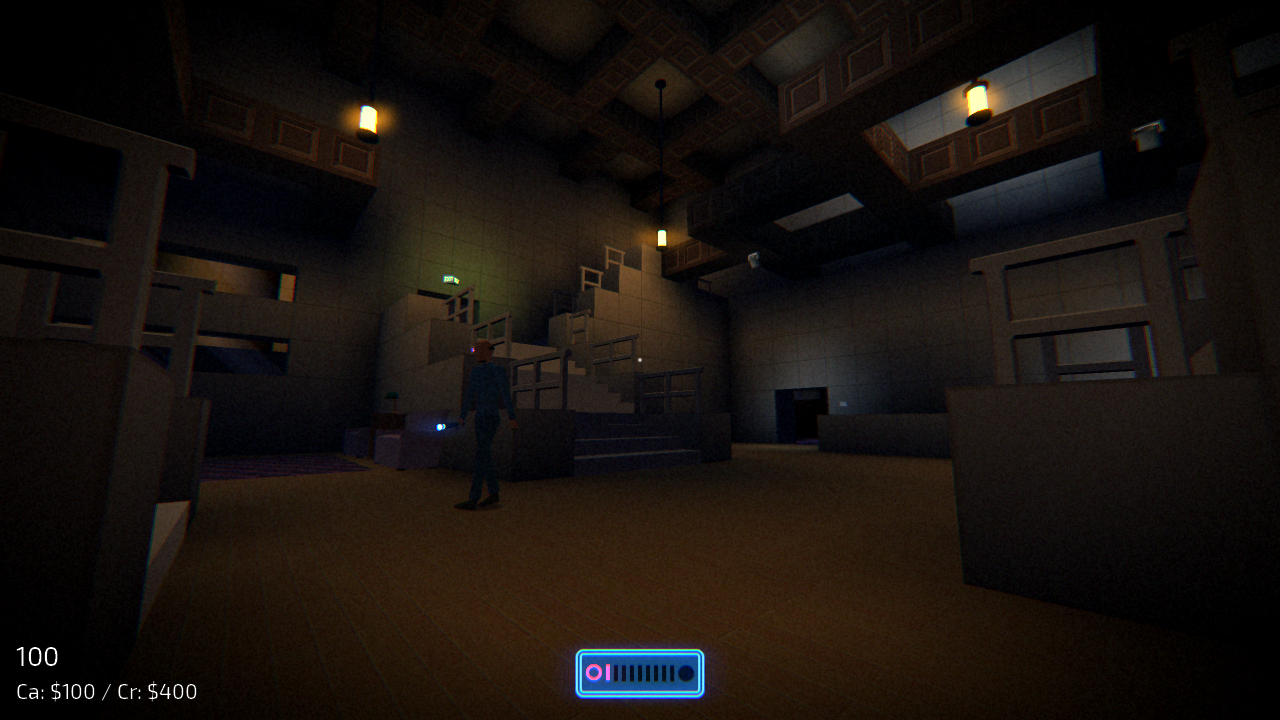 NEON STRUCT crossed another milestone this week, as I declared it alpha complete. My definitions of “alpha” and “beta” are loose, but basically this means: every part of the game is feature complete and technically shippable, albeit lacking the final polish that would make me proud to ship it.

Moving toward beta, I’ll do a polish pass on each level. My main goal now is to add visual interest and local narrative: beautifying key rooms, writing short conversations and news blurbs, or  telling a story through the environment in the Irrational Games mise-en-scène tradition.

I made a slightly risky change to the AI vision system yesterday afternoon. I’d noticed for a while that the AI response (and the Thief-style “light gem”) didn’t always match my perception of the brightness of my environment, but I hadn’t given it much thought. Yesterday, I realized that the real problem is that I’m incorrectly rendering the world in nonlinear gamma space. Essentially, everything looks darker than it’s supposed to, but the AI isn’t “seeing” it that way. It’s too late now to change the renderer to use linear space lighting—that would require relighting every level—but what I can do is to apply a gamma curve to the AI’s vision system so it matches the player’s perception of brightness.

It was an easy change to make, and so far, the results feel more intuitive to me. I can trust my eyes instead of relying on the light gem to warn if I’m visible to enemies. Nevertheless, there is some risk in changing a core stealth system across the breadth of the game, and I will need to do a lot of testing to be certain that every space is still stealthable (or not) as intended.