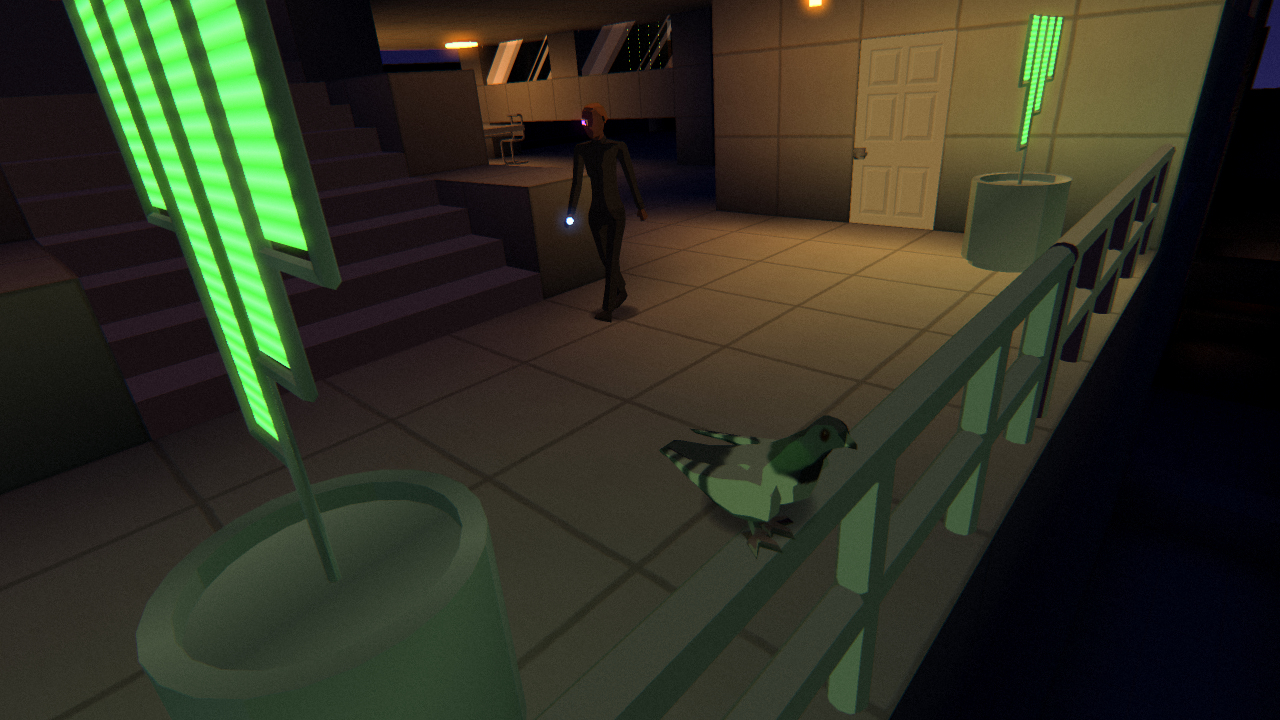 I woke up on Tuesday like, “I’m going to put pigeons in NEON STRUCT!” It had been on my task list for months, but it suddenly seemed critically important to do immediately. In the middle of developing a demo build. While one entire level for that demo still had no primary path scripting.

Mechanically, pigeons are simple alarm systems. If the player disturbs a pigeon or wanders too close, it will fly away for a bit, alerting nearby guards to her presence. Pigeons can’t distinguish between human factions, so enemies may disturb them too. If the player sees a couple of birds fly past, it’s a good bet there’s something approaching.